“I want to thank Tim Boyce for this . . . . It would be lost to history if people like Tim Boyce did not devote the effort and time and expense–a good part of his life–to preserve the Odd Nansen story. It is a moving and gripping story. . . .” 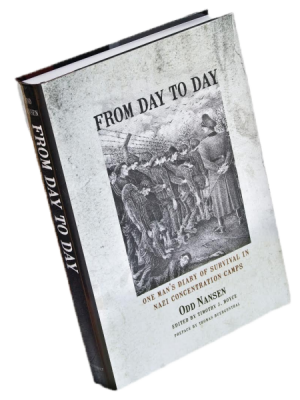 First published in English in 1949, From Day to Day had been out of print for almost  seventy years. The new edition contains entries and sketches never previously available in English. It also features a new introduction and extensive annotations by Timothy Boyce and a preface by Thomas Buergenthal, whose life (as a ten year-old) Nansen saved while in Sachsenhausen, later recounted in his own memoir A Lucky Child: A Memoir of Surviving Auschwitz as a Young Boy.