Boxing Day, observed on the day after Christmas, traces its roots back to medieval England, when boxes of gifts, money and food (including sometimes, leftovers) were given as tokens of appreciation to servants, and as alms to the less fortunate.

Boxing Day 1941 did not find many people focused on gift- or alms-giving.  After more than two years of war, Great Britain continued to suffer one humiliating defeat after another: Dunkirk; Crete; Hong Kong; Malaya.  The U.S., which had until only recently been awash in isolationist sentiment, was still mentally adjusting to a state of war with not one, but two, aggressor nations.  Norway had just finished its first full calendar year of increasingly heavy-handed occupation.

Least of all was Boxing Day foremost on the minds of those British and Norwegian commandos who were secretly steaming through stormy weather toward the Norwegian coast on Christmas Day.  The first task force—Operation Anklet—was aimed at the Lofoten Islands on the northwestern coast of Norway.  Like Washington’s attack on the Hessians in Trenton, NJ on December 26, 1776, the attackers hoped to catch their adversaries still recovering from too much holiday cheer. The landing force of 300 men planned to dig in on the islands and disrupt communications with German forces in northern Norway. 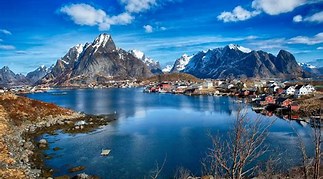 The second task force—Operation Archery—was intended as something of a diversionary tactic.  Equipment problems delayed the start of Archery by a day, until December 27th.  The immediate goal of its 500 troops was the destruction of fish-oil production plants located on and around the island of Vågsøy which had been repurposed by the Germans for the manufacture of explosives.  Another aim of both Anklet and Archery was to force Germany to increase its military presence in Norway.  This would siphon off forces otherwise earmarked for the fighting then raging on the Eastern Front. 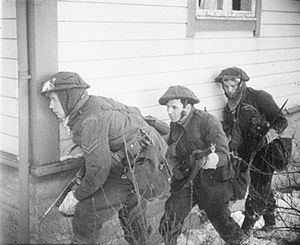 The Anklet task force realized almost immediately that without air cover their position was hopeless.  Leaving almost as quickly as they had appeared, by the evening of the 27th both attacking forces began their withdrawal.  What had they accomplished?

There was one other far-reaching consequence of Operations Anklet and Archery.  Odd Nansen, listening to BBC broadcasts while enjoying a Christmas holiday in the mountains, had no doubt learned about the raids.  But he could not possibly have connected the actions taken by these commandos with his own personal fate.  After all, he was in no way connected with military decisions arrived at in far-off England.  How could these raids possibly impact his life?

Terboven was Norway’s Reichskommissar, Hitler’s hand-picked representative in Norway.  No respecter of international law himself, Terboven was shocked—shocked—at the brazen actions of the commandos; he condemned “the kidnapping of eight members of the Nasjonal Samling party [Quisling’s fascist party] by Englishmen in violation of international law.”

In reprisal, Terboven ordered the arrest of twenty former high court officials, as well as friends of the now exiled royal family.

Seventeen days after the last commando departed Norway’s shores, on January 13, 1942, Odd Nansen, still on holiday, was arrested as a hostage per Terboven’s edict.  That in turn would set off a chain of events that would lead to me writing this blog on another Boxing Day, seventy-nine years later……………..