It is with great sadness that I inform you of the death of my dear friend Marit Greve, eldest child of Odd and Kari Nansen, and granddaughter of Fridtjof Nansen, on Friday, March 26.  Marit was 92 years old.

Marit was born November 8, 1928, in Brooklyn, NY. (I would often kid her that, beneath her Norwegian lilt, I could still detect a trace of a Brooklyn accent.)  She was 13 years-old when her father was arrested in 1942, old enough to remember vividly the night he was taken away.

She was also old enough to remember well the hardships that followed—like learning to make and eat dandelion salad and soup.  But there were also moments of humor.  Like many families, the Nansens raised animals during the war for food.  At one point they were down to a single rabbit, which they then kept with the chickens.  According to Marit the rabbit soon began to think it was a hen: “It climbed the perch . . . in the evenings like the hens, [and] had a siesta in the sitting box  . . . every day.  Astonishingly, it did not produce an egg.” 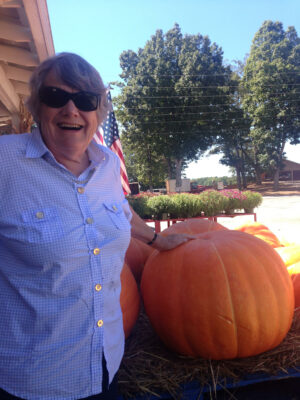 Odd Nansen of course worried about his family while he was incarcerated, and what effect his long separation might have on his children.  On March 3, 1943, he wrote: “Marit looked very fit, but I noticed that she’s almost grown a bit shy of me, and it went right through me like a stab.  Have I been away so long already? . . . I can’t stand for my children to drift away.”  Five months later (Aug. 5, 1943), when Marit was temporarily denied access to her dad, and cried in despair over the thought, Nansen was overjoyed: “Oh, how it warmed my heart; I do believe she cares a little for her daddy, and now I’m not afraid she may have grown away from me and forgotten me in this time.”  On Marit’s 16th birthday Nansen once again fretted in his diary that he was losing his little girl, who was now becoming a woman, despite her protestations to the contrary in a letter she sent him.  “Poor little Marit, she can’t help it.  And besides it’s not to oblige their parents that children live their lives.  But all the same I miss you badly, my little “fishergirl,” and if you sometimes miss your daddy too, my wish is only that it may be a blessing for both of us.” 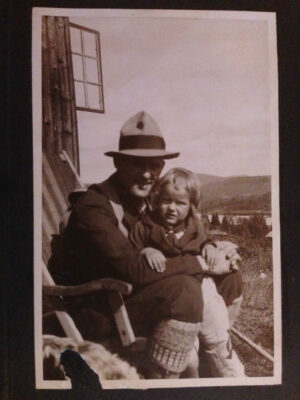 Based on everything I learned from Marit, Nansen needn’t have worried at all.

I first met Marit in August of 2011.  Having decided to republish Nansen’s diary, I first arranged a meeting in Washington, DC, to introduce myself to Tom Buergenthal.  Tom, gracious as ever, offered during the meeting to write to Marit and introduce me so that I could start a correspondence with her.  After all, by that time, Tom and Marit had been friends for over 60 years.  In Tom’s Preface, he writes of his first trip to Norway in 1948: “Kari Nansen, Odd Nansen’s wife, and their four children—Marit, Eigil, Siri, and Odd Erik—treated me almost from the beginning like a member of the family.” Tom further indicated to me that Marit was the “keeper of the flame” and was the best resource to answer all my questions about her father. 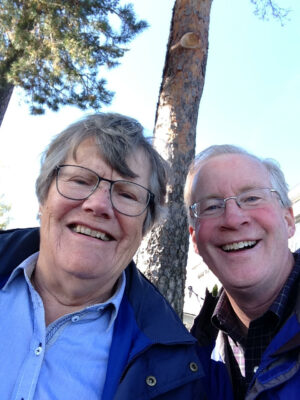 Several months later my wife Tara and I were invited to a wedding in Stockholm, Sweden, and I arranged ahead of time to stop over in Oslo on our way home and meet with Marit.  We agreed to rendezvous at Polhøgda, the house built by Fridtjof Nansen that Marit had grown up in as a child.  (When Marit married she moved into a new house a mere five-minute walk away.)  We sat outside on the lawn on a gorgeous afternoon and Marit patiently answered all the questions I could think of.  Tara (who was furiously taking notes on my behalf) and I had been warned about Norwegians’ habitual reserve, and so we were pleasantly surprised when Marit then invited us to her home.  There we chatted further, and she showed me a framed photo of the Nansen family on the day her father returned from captivity (the same photo appears on page 567 of From Day to Day).  I couldn’t stop staring at this photo, at which point Marit removed it from the frame and handed it to me! A typical example of her graciousness and generosity. 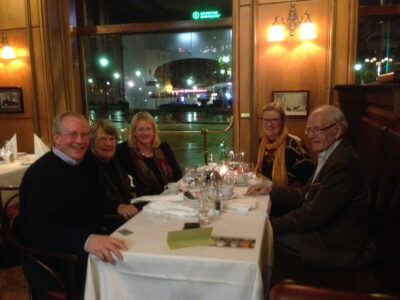 And thus began a wonderful friendship and collaboration. Marit visited the U.S. as our houseguest twice, in 2013 and 2016, and I followed up on my 2011 visit with trips to Norway in 2014, 2015, 2018 and 2019.  Had COVID not intervened, I would have travelled to Norway last April for another presentation, and Marit had even agreed to attend a Kristallnacht commemoration set for November 2020 in New Haven, CT. 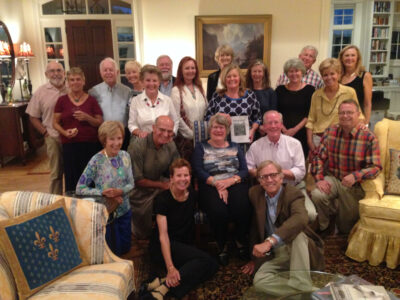 My many favorite memories include: her visits to America; sharing the podium with Marit at the Nobel Institute in Oslo, where we spoke in the same room Fridtjof Nansen gave his own Nobel Peace Prize address decades earlier; speaking at the Norwegian Center for Holocaust and Minority Studies; and most importantly, sharing in Marit’s special 90th birthday party in 2018, held on the deck of the Fram, the ship Fridtjof Nansen built for his expedition to the North Pole (1893—1896). 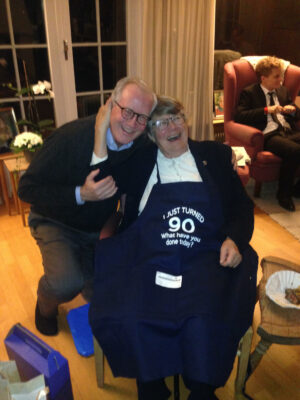 Marit’s Birthday. She is wearing the apron I gave her, which states “I just turned 90. What did you do today.”

When From Day to Day was re-published in 2016, I acknowledged the critically important contributions of three individuals: Tom Buergenthal, for introducing me to Odd Nansen in the first place via his memoir; Sten Vermund, for introducing me to Vanderbilt University Press, my eventual publisher, and most importantly, Marit Greve.  At the time I wrote: “Many of the insights into Nansen’s diary entries would have remained impossible without her knowledge of the events of 1942-1945.  Marit is a wonderful friend, self-effacing to a fault, and the inheritor of her father’s wit and humor.  To come to know Marit as I have is truly one of the unexpected, but deeply cherished, joys of this undertaking.” 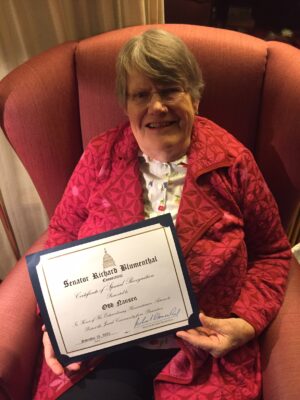 My last image of Marit, holding a US Senate Commendation for Odd Nansen’s work on behalf of refugees, received January, 2021.

Skål, Marit, and may your memory be a blessing.  I shall miss you terribly.

Lay down
Your sweet and weary head.
Night is falling;
You have come to journey’s end.
Sleep now,
And dream of the ones
Who came before.
They are calling
From across the distant shore.