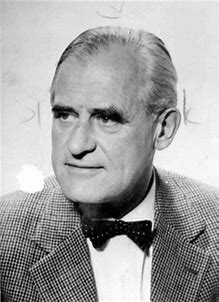 Odd Nansen died on June 27, 1973, age 71.  Each year on his anniversary I try to highlight some aspect of his character (here, here, here, and here).  Although I never met the man, by studying his diary, and through numerous conversations with his daughter and my dear friend Marit Greve, I feel I know a bit about the man.

In my Introduction to From Day to Day, I discuss what, to me, is in many ways the emotional heart of the diary, which I also describe as “one of the most vivid and wrenching episodes Nansen ever wrote about.”

The place: Sachsenhausen.  The date: Monday, February 12, 1945.  The end of the war is less than three months away.  But the Nazi persecution of the Jews is still in full swing.  Nansen visits an isolation area in the camp filled with Jews newly arrived from another camp.

Here is how Nansen begins his narrative: “There are no words left to describe the horrors I’ve seen with my own eyes. . . .   Dante’s inferno couldn’t be worse.”

Starved, half-mad Jewish prisoners are fighting over scraps of garbage while being set upon by ex-German soldiers who are themselves prisoners in Sachsenhausen, but who have been supplied with rubber truncheons and given free rein to wreak havoc.

A Jew “who had been struck ten or twenty times” totters and falls at Nansen’s feet.  His lips are cleft, his teeth knocked out, his feet frostbit, and he bleeds from mouth and ear.  Nansen lifts him (“he was as light as a child”), props him against a wall, straightens his clothes and dries the blood from his face.

“[T]hen he raised his arm with an effort, as though mustering all his failing strength; his hand reached the level of my head; there he let it sink, and slowly that bony hand of his slid down over my face.  It was his last caress, and he gurgled something that his friend translated with, ‘He says you are a decent man.’ Then he collapsed along the wall and onto the ground, and I think he died then and there, but I don’t know, for I was hurrying off with my face burning. ‘A decent man!’ I who hadn’t even dared to try and stop his tormentor.  I who hadn’t even cared to risk my own skin by going out into the camp and collecting food for those starving skeletons!  ‘A decent man!’ If only I could ever raise myself up again from this shadow life in this sink of degradation, and be ‘a decent man!’”

I have always been struck by this passage, and especially Nansen’s own reaction.  Although he might well have been among the most decent, most selfless, most humane people in all of Sachsenhausen, Nansen could only lacerate himself for how little his had done to help this suffering man.

Recently I came across the following passage in Stalingrad, a novel written by Vasily Grossman, and first published in 1952.  Grossman was a Soviet Jewish war correspondent who had covered the battle.  To me, it sums up Nansen perfectly:

“Good men and bad men alike are capable of weakness.  The difference is simply that a bad man will be proud all his life of one good deed—while an honest man is hardly aware of his good acts, but remembers a single sin for years on end.”