Today Norwegians everywhere celebrate Syttende Mai (literally 17th May), the anniversary of the signing of Norway’s constitution on May 17, 1814, in Eidsvoll, Norway.

Typically, Norwegians mark Syttende Mai with celebrations and festivities—parades, feasts, etc.  I suspect this year’s activities will be much more subdued, if held at all.  More likely the celebration will be virtual in most areas. I had had a full slate of appearances scheduled for May 14—19 at Sons of Norway lodges and other venues in such places such as Grand Forks and Fargo ND, Thief River Falls, Red Wing, St Cloud, Minneapolis and Austin, MN.

All cancelled (or rather, postponed until 2021).

It’s probably no coincidence that the great Norwegian adventurer Thor Heyerdahl started one of his famous expeditions—the RA II voyage, on May 17, 1970, departing Morocco in a papyrus sailing craft.  Fifty-seven days and 4,000 miles later he arrived safely in the Barbados.  A true adventurer and a man in the mold of  Fridtjof Nansen, Heyerdahl made his reputation sailing the Kon Tiki raft from Peru to Polynesia in 1947.

One of Heyerdahl’s crew members on the Kon Tiki was Knut Haugland, who participated in the famous raid on the heavy water plant in Vemork, Norway. Even the general in charge of Germany’s military occupation of Norway, General von Falkenhorst, later described the raid as “the finest coup I have seen in this war.”  Many books have been written about the daring attack, most recently The Winter Fortress, by Neal Bascomb, which I reviewed in the pages of The Norwegian American (here).

Speaking of World War II, whose end in Europe we recently celebrated, I’ll close this essay with an observation made by M.R.D. Foot, a British intelligence officer during the war, and the official historian of the Special Operations Executive, or SOE.  Winston Churchill conceived the SOE to conduct espionage, sabotage and reconnaissance throughout occupied Europe.  During the war it employed almost 13,000 people from every occupied country and every conceivable background, men and women.  [I’ve previously written about some Norwegian members of the SOE here and here.]

This is what Foot had to say in his definitive history of the SOE:

“One thing, besides their courage, distinguished the agents sent into Norway for SOE: their toughness.  Several times over, they stood up to conditions of hardship that would make most city men not merely wilt, but die: Jan Baalstrud, who lay wounded in his sleeping-bag, without food or drink, in the snow for six nights and days, and survived, may stand as an example for several more.”

So, to my rightfully proud Norwegian friends on this 17th of May, I raise a (virtual) glass and toast your famous day: Skål! 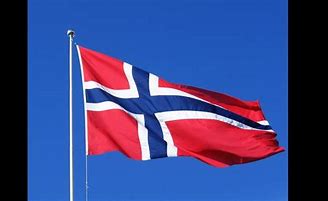