Ukraine and the Blitz

As we watch with horror the events unfolding in Ukraine, it is clear that when and how it will all end remains unknown.  It is equally clear that no one, including perhaps even the Ukrainians themselves, ever thought they could resist the armed might of Russia for so long and so effectively.

Perhaps the Blitz, which began 82 years ago today, offers some insights. 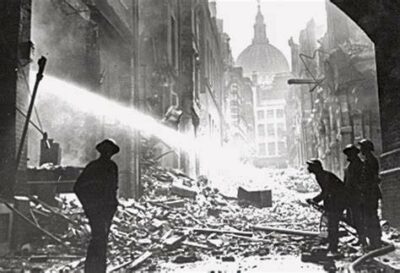 Less than five months after the precipitous fall of France (June 25, 1940), and the debacle at Dunkirk (May 5—June 4, 1940), Great Britain faced the German juggernaut, alone, and practically defenseless.  Anthony Eden, Secretary of State for War, admitted that only one division was up to strength and fully equipped in the entire British Isles.  Of the Royal Navy’s fleet of 200 hundred destroyers, only 74 were fit for duty (due in part to Dunkirk).  Most frightening of all, the entire coast was defended by only 500 cannons, some borrowed from museums.

Since Britain nevertheless refused to see reason and capitulate, Hitler ordered planning to begin for an invasion of the British Isles (Operation Sea Lion), conditioned, importantly, on achieving air superiority over the Channel and the British mainland.  Thus began the Battle of Britain.  While the British possessed certain advantages (radar, effective ground control, fighting over their own land, etc.), and its pilots generally outfought their German counterparts, in the ensuing war of attrition, Britain was headed for ultimate defeat against the numerically superior German air force. 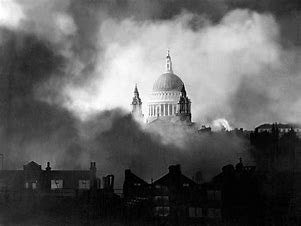 The third phase of the Battle of Britain (which began on August 24, 1940), focused German attacks on the British airfields themselves and, with one thousand sorties being launched each day, seemed certain to finally destroy what was left of the RAF.  In just those two weeks Britain lost a quarter of its pilots.  According to William L. Shirer, “A few more weeks of this and Britain would have had no organized defense of its skies.  The invasion would almost certainly succeed.”

Then Hitler and Herman Göring, head of the Luftwaffe, miscalculated.

Impatient with Great Britain’s refusal to concede, mindful of worse weather approaching in the fall, and most importantly, in retaliation for a British bombing raid on Berlin, Göring on September 7, 1940, switched tactics and ordered massive bombing raids against British cities, primarily London.  Göring hoped this would draw the RAF out in defense, leading to a final, conclusive battle for air supremacy.  Failing that, such raids were aimed at breaking Britain’s civilian morale.  On September 15, 1940, the Luftwaffe launched one of its largest raids against London yet, and suffered crippling losses.  Accordingly, the Luftwaffe made its second miscalculation: it switched to nighttime raids instead.

These two errors spared the RAF.  Its pilots could catch some sorely needed rest; its airfields could be restored; its battered planes repaired.

The Blitz would continue for another eight months, until May 16, 1941, wreaking devastation, killing 43,000 civilians and injuring another 51,000.  But Hitler never achieved his goal of air superiority.  On September 17, 1940, he indefinitely postponed Operation Sea Lion. 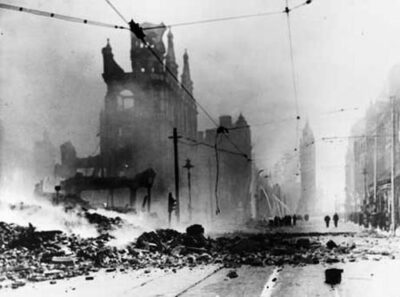 This in turn led to Hitler’s third miscalculation.  As historian Gerhard Weinberg notes:

“Far from discouraging Hitler [recognition that Britain would not withdraw from the war] had the opposite effect of making [Hitler] all the more determined to attack the Soviet Union.  In his eyes, the British were staying in the war in expectation of the Soviet Union and United States replacing France as Britain’s continental ally. . . .  The quick destruction of the Soviet Union would . . .  remove . . . these hopes.”

And we know how that decision turned out.

In summary, in the words of my favorite CBS reporter, Eric Sevareid:

“The Germans gave up their mass daylight raiding when, in the middle of September, they lost around two hundred planes on one day.  They did not know that on that day which broke their courage, the back of the Royal Air Force was also broken and that hardly a complete squadron remained in reserve in all the British Isles.  Had they been able to continue mass raiding a few more days, it is quite possible that they would have torn an irreparable breach in the barricade of the sky which would have laid England open for successful invasion, altering, perhaps fatally, the outcome of the war.  But the Germans lost their nerve; the British did not, and so they won out.”

Keep up your nerve, Ukraine. 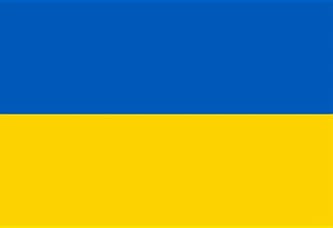 This year’s quote comes from Eric Sevareid.  Most members of my (baby boomer) generation know him from his days as a commentator on the CBS Evening News with Walter Cronkite.  That’s how I came to know him, while still in elementary school, and I loved his trenchant, eloquent commentaries, even if the subject matter was sometimes well above my head.

What most people might not know is that Sevareid was from Norwegian stock.  As Sevareid writes in his autobiography, Not So Wild a Dream, “Christmas dinner was never right for [my father] without lutefisk and lefse, and Pastor Reishus always preached first in Norwegian, then in English.”  Sevareid was born in North Dakota, and lived for a while in my favorite ND city, Minot, before moving to Minneapolis.  Taking up journalism in college, he soon found himself as one of “Morrow’s Boys,” reporting on the war for CBS. In 1940 he was the first to report on the Fall of France.  As a broadcaster, Sevareid received numerous Peabody Awards and several Emmys, and was inducted in the Scandinavian-American Hall of Fame.

On August 2, 1943, Sevareid was investigating the Assam-Burma-China Ferry Command’s air supply of Chiang Kai-shek’s army over the Himalayas when his plane crashed.  Miraculously, 21 of the 22 passengers and crew aboard the stricken plane managed to parachute safely into the jungle. The Americans were ultimately rescued by the British administrator in the region, Philip Adams.  Here is how Sevareid describes Adams in his autobiography:

“For me, he takes a place among the few rare men I have known, of limitless courage, unfettered mind, and controlled compassion for others—the great, lonely men, some in the spotlight, others in obscurity, who are everywhere and always the same, devoted coworkers in the difficult and dangerous conspiracy of goodwill.”

I’m pretty sure that if Eric Sevareid had ever had the chance to meet Odd Nansen, he would have included Nansen in that select fraternity as well.