The Warsaw Ghetto (Part I)

“Today I attended a concert by Vera Gran. . . .  She sings classical songs and modern songs by the young composer Kuba Kohn, a product of the ghetto.  His music expresses all the sadness and resistance of the ghetto.  It has a new and original note that could only be born in this atmosphere of suffering, torture, and dogged endurance.” (Diary of Mary Berg, December 14, 1941)

Today marks the 82nd anniversary of the official establishment of the Warsaw Ghetto, the largest Jewish ghetto created by the Nazis during World War II.  Over 400,000 Jews (equal to approximately 30% of the total prewar population of Warsaw) were confined to an area of roughly 1.3 sq.mi., representing about 2.4% of the total prewar area of metropolitan Warsaw. 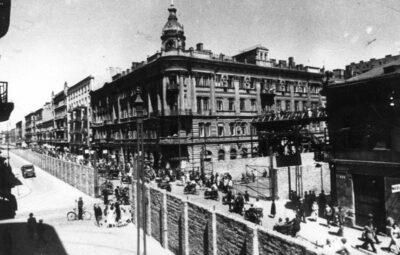 Before it was all over, and the Ghetto finally destroyed by the Nazis in retaliation for the Warsaw Uprising (April—May, 1943), virtually all of the Ghetto’s inhabitants—noncombatants all—would be dead.

To put the scale of this tragedy into some perspective, the Jewish death toll in the Warsaw Ghetto alone is equivalent to:

One of the reasons so little has been written about the Warsaw Ghetto is that so few survived the experience—less than 1% of the initial inhabitants.  As one historian observes: “The heroic struggle and suffering of the Jews in the Polish ghettos constitute one of the most tragic and least known chapters of the war.”

Fortunately, a diary written by 15 year-old Mary Berg (born Miriam Wattenberg), spanning the period October 10, 1939 to March 5, 1944, offers a detailed and poignant, picture of life inside the Warsaw Ghetto. Mary’s family had been living comfortably in Lodz, Poland (her father was a successful art and antique dealer) when the war began on September 1, 1939.  When Lodz came under attack the family fled to Warsaw, which soon also came under German bombardment.  After 27 days of increasing punishment, Warsaw surrendered, and Poland became an occupied country.  By the following July, Mary writes that a de-facto Jewish Quarter has developed in part of Warsaw, beyond which one dares not go, on pain of being “hunted by the Germans or attacked by Polish hooligans.”

Five months later, in November 1940, rumors began to circulate that the Jewish Quarter would soon be isolated and its residents locked in.  Even then—more than a year of living under Nazi rule, many Jews did not fully realize the extent of their predicament:

“Some people say that this will be better for us, because the Germans will not dare to commit their crimes so openly and because we will be protected from attacks by Polish hooligans. But others, especially those among us who escaped from the Lodz Ghetto, are aghast: they have already tasted life in a secluded Jewish quarter under German domination.” (November 2, 1940)

At the time the Warsaw Ghetto was established, the Wannsee Conference—which would coordinate and implement the “Final Solution to the Jewish Question”—was still more than a year in the future.  Moreover, the major killing centers, such as Treblinka and Auschwitz, had not yet been built.  Nevertheless, life in the Ghetto became a constant struggle for survival, and the Nazis seemed more than willing to let starvation and disease take its toll.

The official per capita food ration was set below subsistence levels.  Those with some financial resources—like Mary’s family—could resort to the black market.  A well-established smuggling operation began almost as soon as the nine-foot-high, barbed-wire-topped, brick walls enclosing the Ghetto went up. 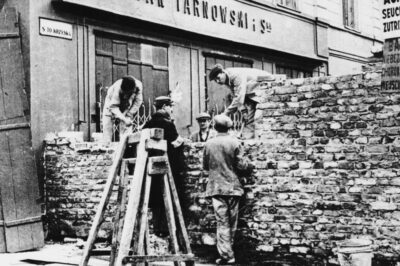 On the other hand, those without such resources simply starved:

“On Leszno Street in front of the court building, many mothers often sit with children wrapped in rags from which protrude red frost-bitten little feet.  Sometimes a mother cuddles a child frozen to death, and tries to warm the inanimate little body.  Sometimes a child huddles against his mother, thinking she is asleep and trying to awaken her, while, in fact, she is dead.  The number of these homeless mothers and children is growing from day to day.” (November 22, 1941) 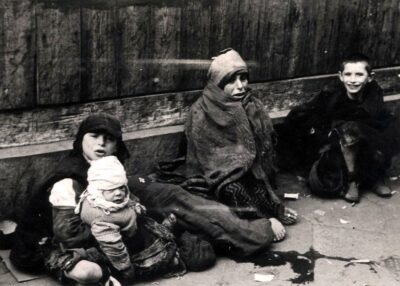 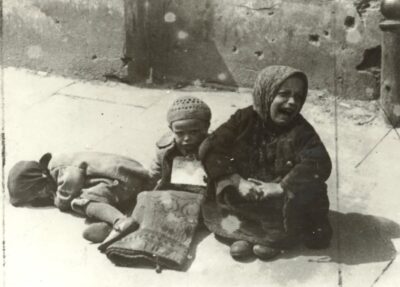 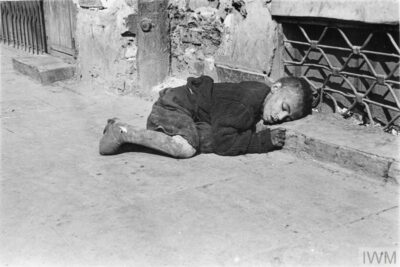 Even those with some resources found the ever-increasing price of smuggled goods put most food items beyond their reach:

“Only a few people in the ghetto are still eating normally: the managers of public kitchens, the very wealthy, and the food smugglers.” (February 2, 1942)

In such a weakened state, in such crowded conditions, and without all but the most rudimentary medical supplies, disease festered in the Ghetto.  As Mary observes on the first anniversary of the enclosure:

“Of the former one hundred students in our class,* only about twenty-five remain.  Many are unable to pay the tuition fees and a great number have perished of typhus.” (November 15, 1941)

Apparently, even this murder rate was not sufficient for the Nazis—things needed to be speeded up.  But as bad as conditions were, even Mary, despite all she had witnessed, could not conceive that the ultimate aim of the Nazis was to wipe out the Ghetto entirely:

“[M]ost people think that a pogrom like the one in Lublin cannot happen in Warsaw, because there are too many people here.**  According to official figures, there are 450,000 inhabitants in the ghetto, but actually there are many more, because this number does not include the unregistered fugitives from provincial towns and the loads of Jews from Germany, Czechoslovakia, and Austria.  It is estimated that the total is really more like 500,000.  To exterminate such a number of people seems impossible, inconceivable.” (May 8, 1942)

Inconceivable, so Mary thought.  But then again, Mary had not—could not—conceive of a Vernichtungslager—an extermination camp.  A place like Treblinka. 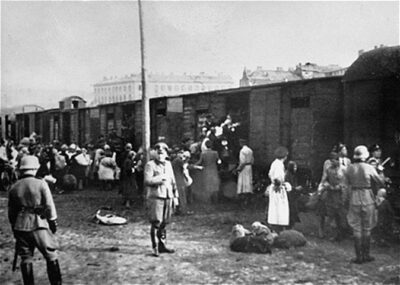 Each day, Ghetto inhabitants were rounded up, marched through the Ghetto, assembled at the Umschlagplatz station square, and crammed into boxcars—5-6,000 victims per day, for 60 days (July 23—September 21), all ostensibly for “resettlement in the East.”  In reality, the victims were transported 50 miles to Treblinka, recently completed and equipped with gas chambers disguised as showers, and capable of murdering entire transports at a time.  Adam Czerniaków, head of the Judenrat, the Jewish Council charged with operating the Ghetto, chose to die by suicide at the inception of the Grossaktion rather than be party to such deportations.

Fortunately, Mary possessed one advantage that few others in the Ghetto had.  Her mother, Lena, had been born in the United States, and thus was an American citizen, a status which gave the entire Wattenberg family protection and privileges.

Accordingly, on July 19, 1942, Mary, along with other American citizens and foreign nationals, was moved to the Pawiak prison, also located within the Ghetto.  Conditions there were rough—overcrowding, poor food, etc., but at least the inhabitants of Pawiak were excluded from the Grossaktion. Nevertheless, from her vantage point Mary could witness the daily scenes of terror as the deportations continued, involving many of her closest friends.

The deportations ceased after September 21, leaving approximately 63,000 Jewish inhabitants remaining in the Ghetto. The respite was short-lived, however, for on January 18, 1943, the Aktion commenced once again.  On that same date Mary, her family and other foreign internees were transported from Pawiak to an internment camp in Vittel, France. More than a year later, she and her group were finally exchanged for German prisoners being held in the United States.  She arrived safely in New York City on March 16, 1944, where her diary ends.

And yet, much like Tom Buergenthal, Mary Berg remained haunted by the past:

“After four years of that nightmare I found it hard to enjoy my freedom at first.  I constantly imagined that it was only a dream, that at any moment I would awaken in the Pawiak and once again see the aged men with gray beards, the blooming young girls and proud young men, driven like cattle to the Umschlagplatz on Stawiki Street to their deaths.” (March 5, 1944). 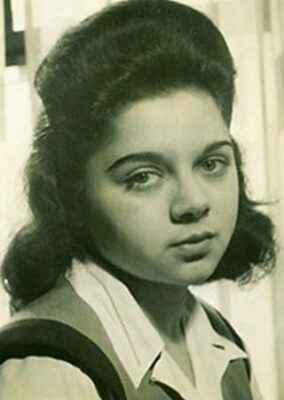 *A number of informal—and illegal—schools were established in the Ghetto, where “every subject is included in the curriculum.”

** Approximately 30,000 of the 34,000 Polish Jews in the Lublin Ghetto were sent to their deaths at the Belzec extermination camp between March 17, 1942 and April 11, 1942.  A few individuals managed to escape the liquidation, and made their way to the Warsaw Ghetto.  This undoubtedly explains why Mary mentions the issue in her diary one month later.