At 8 o’clock on the evening of October 30, 1938, millions of Americans were settling in by their radios.  It was the golden age of radio, and they were looking forward to hearing one of the most popular programs, NBC’s Chase and Sanborn Hour.  Among the highlights of the variety show was ventriloquist Edgar Bergen and his sidekick dummy, Charlie McCarthy.  (Charlie had been carved in the image of a Chicago newsboy Bergen knew.)

Meanwhile, over at CBS, a low-budget upstart program featuring the 23-year-old prodigy Orson Welles (not to be confused with Sumner Welles) was still trying to make a name for itself.  Welles had first appeared in show business a few years earlier as the voice of Lamont Cranston, otherwise known as The Shadow. Thereafter he quickly became involved in acting, directing and producing. 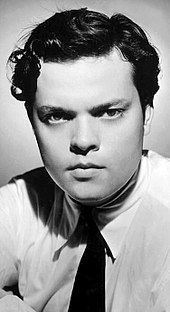 Welles’s four-month-old “Mercury Theatre on the Air” staged dramatic presentations of popular literature for its Sunday evening broadcasts, including such works as Treasure Island and Jane Eyre.  With the approach of Halloween, and with the world still jittery from the threat—narrowly averted—of war over Czechoslovakia weeks earlier, Welles decided that a presentation of H.G. Wells’s 1898 science fiction fantasy, The War of the Worlds, would be just the ticket.

But how to dramatize a work about a Martian invasion of Great Britain?  And accomplish this in less than one week?  On October 27, with only three days to go, Welles’s theatre troupe was still struggling with their adaptation, which, everyone agreed, had the makings of a terribly dull show.

Finally, someone had a brainstorm.  Why not make the show sound like a simulated news broadcast of a current event, complete with “news bulletins” breaking in on the “regular programming.”  The Martian invasion would also be moved from Victorian England to nearby New Jersey—Grovers Mill to be exact.

Despite subject matter that was so far-fetched that it would seemingly need no further disclaimers, Welles’s program duly began with an explanation that the events depicted in the forthcoming show were purely fictional.  And this disclaimer might have been sufficient were it not for one idiosyncrasy of the listening public.

As noted, the Mercury Theatre couldn’t hold a candle to the Chase and Sanborn Hour.  NBC’s variety show boasted a listening audience estimated at almost 10 million, compared to a paltry 1 million who tuned into the Mercury Theatre.  As William Manchester writes in The Glory and the Dream: A Narrative History of America 1932—1972, “when it came to a choice between great theater and listening to [Edgar] Bergen talk to himself, most Americans preferred Bergen.”

So, at precisely 8:00pm Bergen and Charlie McCarthy opened the show for NBC, while Welles opened his show—complete with disclaimer—to a much smaller audience.

Then, something unexpected happened. 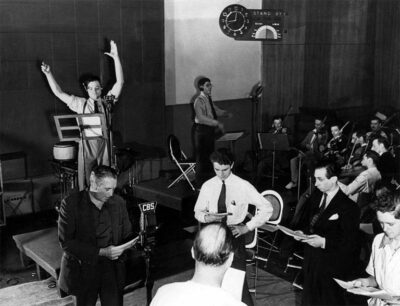 The Mercury Theatre on the Air at work

At precisely 8:12pm McCarthy and Bergen finished their opening skit.  What followed was either a musical act or a commercial for Chase and Sanborn coffee (accounts vary).  According to Manchester, millions of listeners in response spun their dials to CBS to hear what was playing there, and broke in on what appeared to be live reporting of some strange goings-on in New Jersey.  The “reports” became ever more dire until an anguished announcer blurted out:

“Ladies and gentlemen, I have a grave announcement to make.  Incredible as it may seem, both the observations of science and the evidence of our eyes lead to the inescapable conclusion that those strange beings who landed in the Jersey farmlands tonight are the vanguard of an invading army from the planet Mars.”

Two-thirds of the way through the program there was a break (instead of the more typical break at 30 minutes), where the disclaimer was once again repeated to the audience.  But, according to Manchester, “that didn’t matter anymore.”

“Before the break hundreds of thousands of screaming Americans had taken to the streets, governors were begging their constituents to believe that martial law had not been declared, and the churches were jammed with weeping families asking for absolution of their sins before the Martians came to their town.  ‘For a few horrible hours,’ [a later Princeton University study] concluded, ‘people from Maine to California thought that hideous monsters armed with death rays were destroying all armed resistance sent against them; that there was simply no escape from disaster, and that the end of the world was near.’” 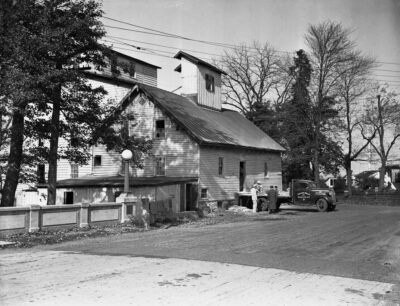 Of course, all this panic seems rather preposterous in retrospect; we can all enjoy a chuckle at the gullibility of Orson Welles’s listeners 84 years ago today.  As critic Alexander Woollcott later wrote to Welles, “This only goes to prove . . .  that the intelligent people were all listening to the dummy, and all the dummies were listening to you.”  But on a more serious side, American sociology professor Theodore Abel, writing in his journal only three days after the event (November 2, 1938) concluded:

“[I]t is amazing that thousands have apparently not reflected at all as they listened in. . . .  Thousands saw flames, heard firing, and smelled gas. . . .

It was demonstrated that:

1. Theatrical demagoguery has appalling dangers and is enormously effective.

2. Popular education is a failure in the life of individuals.

4. It is easy to start a mass delusion.

5. Primeval fears lie under the thinnest surface of the so-called civilized man.”

Are we any less susceptible to popular delusions today?  Millions of Americans proudly boast of their belief in QAnon.  As I write this, the husband of the Speaker of the U.S. House of Representatives had his skull fractured from someone steeped in conspiracy theories. A man is in prison for firing an assault rifle in a Washington, DC pizza parlor in the misguided belief that it was the site of a child abuse ring.  A former correspondent for the CBS news show 60 Minutes has alleged that the current administration is participating in the trafficking of children, and has compared Anthony Fauci to Josef Mengele.  And haven’t we all heard preposterous claims regarding the efficacy of COVID vaccines?

It’s hard not to conclude that many Americans today are as deluded, if not more deluded, than any of those gullible radio listeners 84 years ago.

If that is not truly scary to contemplate this Halloween, then I don’t know what is. 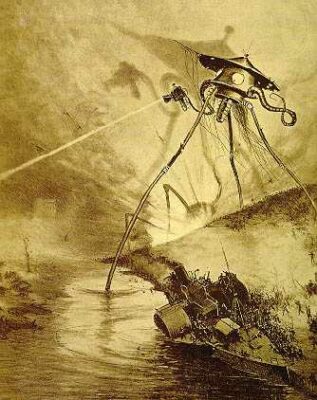 PS: Despite a firestorm of criticism from government officials and embarrassed listeners, neither the New York Police Department nor the FCC could find where Welles had broken any law.  In fact, his prank catapulted Welles overnight to fame—and a Hollywood contract.  Less than three years later Welles would write, produce, and star in Citizen Kane, considered one of the most famous movies of all time.

Writing blogs about World War II (or even current events for that matter) can be a dispiriting enterprise at times. So much fear, anger, hate and death.  And for what?  I’ve tried on occasion to keep things a bit lighter by writing about such topics as oatmeal raisin cookies, cinnamon crullers, fish, and even Minnesota.

But every once and a while history itself provides some levity.  And so it was with the “peace mission” undertaken by Sumner Welles in March 1940 at the behest of his boss, President Franklin D. Roosevelt.

Born Benjamin Sumner Welles in 1892, Sumner, as he preferred to be called (after his famous relative, Senator Charles Sumner of Civil War fame) came from the bluest of blue-bloods.  Like President Roosevelt, who was ten years his senior, he was a product of Groton and Harvard.  His second wife was painted by John Singer Sargent.  And his personal connections to the Roosevelts went deep: at Groton he roomed with Hall Roosevelt, Eleanor Roosevelt’s younger brother.  He even served as a page in Franklin and Eleanor’s 1905 wedding.

Heeding FDR’s advice, young Welles joined the U.S. Foreign Service out of Harvard in 1914, and remained there until forced out by President Coolidge in the 1920s.  With Roosevelt’s election he returned to government service in 1933 as Assistant Secretary of State for Latin American Affairs, and was promoted in 1937 to Under Secretary of State. 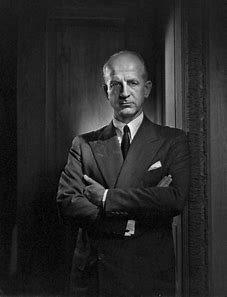 Welles set off on his peace mission with no concrete proposals, no fixed agenda.  Rather, with all of Europe on the precipice of a wider conflagration, he was to listen to all the major players, in Italy, Germany, France and Great Britain, to see if Armageddon could somehow be averted.

He departed for Europe by ocean liner, leaving on February 17, 1940 and arriving in Italy eight days later.  His itinerary would take him to Rome, Berlin, Paris, London, and back to Rome (to meet the Pope) from whence he departed by ship 82 years ago today—March 20, 1940.

His mission was a failure—Germany was already too far down the road to war to turn back. Hitler had wanted war, and by God, he was going to get one.  He had first instructed his generals as early as September 27, 1939 (before Poland had even been fully subdued), to prepare for an assault on France to begin less than two months later.  (This date was subsequently pushed back several times; the attack was finally launched on May 10, 1940.)

As William L. Shirer explains, Welles’s mission was doomed from the start.  The ambassador, Shirer writes in The Rise and Fall of the Third Reich, “must have got the impression [while in Berlin] that he had landed in a lunatic asylum—if he could believe his ears.  Each of the Big Three Nazis [Ribbentrop, Göring and Hitler] bombarded Welles with the most grotesque perversions of history, in which facts were twisted and even the simplest words lost all meaning.” As evidence, Shirer points out that during his March 2 audience with Welles, Hitler emphasized his aim was only peace, whereas just one day earlier he had given final orders for the invasion of neutral Norway and Denmark.

As part of Welles’s mission, he met with as many senior political figures as possible, including Mussolini, Chamberlain, and Churchill in addition to Hitler and his Nazi cronies.  In France that included President Albert Lebrun, Prime Minister Édouard Daladier, Senate President Jules Jeanneney, and President of the Chamber of Deputies Édouard Herriot. 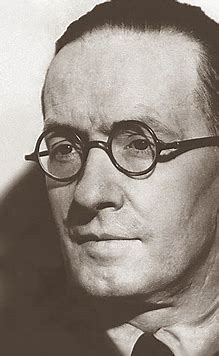 One would think that one of the primary missions of the Ministry of Information, indeed, its raison d’etre (to borrow a French phrase) was to provide its government with up-to-date, accurate and relevant information.  Such information would permit French authorities to navigate in a dangerous, rapidly-changing world with maximum care and insight.

But according to Clare Boothe Luce’s memoir, Europe in the Spring, the Ministry was “a vast place of labyrinthine confusions, organized, or rather disorganized, under . . . Giraudoux. . . .   It now seems that no one person in France in a position of authority . . . really knew all the true facts about the state of French armament.”

As noted, this M. Giraudoux had strong reservations about the very character of Sumner Welles, the man President Roosevelt had sent to promote peace in Europe.  Here’s how he expressed his concern to a friend:

“How very odd of America to send on a peace mission the man who had terrified the whole world by broadcasting a Martian invasion.” (Emphasis in original).

Is it any wonder, then, that France, with one of the largest armies in Europe, fell in only 45 days??

Whether the Welleses—Sumner or Orson—ever learned of this case of mistaken identity, and whether either ever got a chuckle out of it, remains unknown.

[With tip of the hat to that other Wells fellow, H.G., who started this whole imbroglio by writing about a Martian invasion in the first place.]