Let’s face it: 2021 was not the year most of us will remember fondly.  The fears, the disrupted plans, the false dawns.  Yes, 2021 is best left behind as soon as possible.

But even at the end of a bad year there are always a few bright spots worth noting.

I. A Mother and Child Reunion 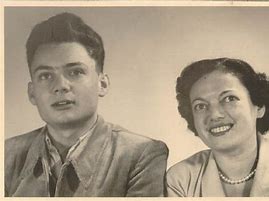 Seventy-five years ago today Tom Buergenthal, age 12, set eyes on his mother for the first time in over two years—two years during which he had no idea whether his mother was even alive.  A simple boy’s faith had sustained him when the war finally ended:

“Of course, I was happy the war was over and that we had been liberated.  But when the soldiers spoke of their families and of home, I was reminded that I did not know where my home was.  I had no home without my parents, and I did not know where they were.  I was sure that if I had survived, they must have survived too and that they would find me!”

But as time passed, that hope became less and less tenable; if his parents were still alive, where were they, and why hadn’t they found him yet?  His mother, for her part, hadn’t given up looking for Tom—after all, wasn’t he ein Glückskind, a lucky child?  But the challenge of locating one small boy in war-ravaged Europe was almost insuperable.

As I have recently written (here), it was Tom’s decision to emigrate to Palestine, born of despair over his parents’ unknown status, that provided the key to his ultimate discovery and reunion with his mother, on December 29, 1946.

When Tom first learned that his mother was alive, earlier in the fall of 1946, and that the two would soon be reunited, he wrote those most poignant words:

“’She is alive!’ I kept repeating to myself.  It was the happiest moment of my life.  I began to cry and laugh all at once, casting off the self-control and tough-guy attitude I sought to cultivate at the orphanage.  I had a mother, and that meant that I could be a child again.” 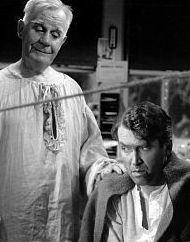 This December also marks the 75th anniversary of one of my favorite movies: “It’s A Wonderful Life.”  I’ve written about the movie, and the power of serendipity, before (here).  It took George Bailey a visit from the angel Clarence to finally realize the important impact he had had on the lives of others.  I’m not sure if Odd Nansen ever wondered what impact his life—now perpetuated through the words of his inimitable diary—had on others.  I hope not.  His humanity in the crucible of a concentration camp has undoubtedly inspired others—myself included—to follow his example.  As Tom Buergenthal once told me, Nansen “not only saved my life, but also taught me to forgive.”

Recently, as is my yearly custom since From Day to Day first reappeared in print, I donated all my 2021 royalties and speaking fees: 50% to the United States Holocaust Memorial Museum in DC and 50% to HL-senteret, the Norwegian Center for Holocaust and Minority Studies in Oslo.  To date these donations cumulatively total $22,369.04.

Back on March 15, 2020, at the start of the pandemic, I compared the (rather minor) dislocations to our everyday life caused by COVID to the infinitely more terrible experiences of people like Odd Nansen and Tom Buergenthal (here)—and hoped their experiences could inspire us to overcome whatever challenges we might face.

Thus I think it appropriate to end this blog with the words Odd Nansen wrote on January 2, 1944, and the hope he was able to muster in a much darker place:

“[W]e bid it welcome, and once more fix our hopes, our burning wishes, and our ache of longing on the new year. . . .  [A]ll things considered there seems every reason to take a rather more cheerful view of things after all.”

Postscript: For all of you assembling your list of New Year’s Resolutions (lose weight, read more, argue less, look younger, exercise more, be smarter, etc.) let me suggest one more: “I’ll write that review of From Day to Day on Amazon that I promised Tim back in. . . .“  You’ll be glad you did! And for those who have already done so—Tusen Takk! (A Thousand Thanks!)

Odds and Ends
From Day to Day, It's A Wonderful Life, Odd Nansen, Thomas Buergenthal