“There are things worse than war.”

Nansen had just finished describing in his dairy an episode where 50 men, ordered to report in their civilian clothes, think they are about to be released (as an Easter gift), only to learn at the last moment that they are all instead being sent to a place that is “ten times worse than Grini, for the very homestead of evil, for Germany, for a concentration camp in Germany.”*  Here’s the full context of his observation:

“Out in the world, movement is obviously slow but certainly in the right direction.  It’s just the damnable time it takes, days, weeks, months, years! and fateful days, weeks, months, years!  Many will succumb.  Each day costs hundreds of lives.   But one must harden oneself and not think like that. There are things that are more important than that the individual should live through it.  There are things worse than war.”

As I point out in my annotations, Nansen used very similar language in a speech he once made in Appleton, Wisconsin, during a 1939 speaking tour of America to generate support for Finland in its war with Russia: “There are things in this world worse than war, fates worse than being victims of war.” 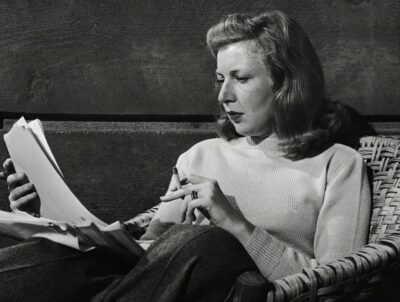 Interestingly, American journalist Martha Gellhorn was actually in Finland at the same time as Nansen’s speech, reporting for Collier’s.  Simultaneously, her first novel, A Stricken Field, had just been published in the United States.  It is a thinly disguised recounting of her earlier, 1938 reporting experience for Collier’s in Prague, Czechoslovakia.  The novel’s heroine, a reporter named Mary Douglas, witnesses the betrayal of Czechoslovakia by the British and the French at the Munich Conference.  There, Germany, Italy, France and Great Britain all agreed (without consulting Czechoslovakia) to allow Germany to annex certain areas of Czechoslovakia.  In the novel, Mary is drawn (in the words of Gellhorn’s biographer, Caroline Moorehead) to “the fate of the refugees: the frightened Jews and the dissidents who had recently fled Austria and Germany and now had nowhere to go,** the Czech soldiers who had never had a chance to fight the Germans, and the other Czech nationalists about to be destroyed by the Gestapo and the Sudeten Nazis.”

Facing these dismal, demoralizing prospects, Mary asks herself, “why didn’t they fight?”  There is no shame “to be brave and too few.”  Sure, war is stupid, something to be loathed, “and from what I have seen of war I cannot recommend it, but if it were my country, I would want to fight or wait in my house for the bombs, or take it however it came to me.  She thought: they can destroy men other ways than with high explosive. When they have destroyed the men, with this peace, they have destroyed the women too.  There are worse things than war.”

And what, in the eyes of Odd Nansen and Martha Gellhorn, could be worse than war?

On the very same day, April 3, 1942, that Nansen recorded those words in his diary, a deportation of German Jews to the newly established death camp at Belzec took place.  The almost 1,000 deportees, all of whom would be murdered, included 129 Jews from Augsburg, in Bavaria.  According to British historian Martin Gilbert:

“With that deportation from Augsburg, the once one-thousand-strong Jewish community came to an end.  It had been founded more than seven hundred years earlier, in 1212, and in the fifteenth century had been a centre [sic] of Jewish culture.” 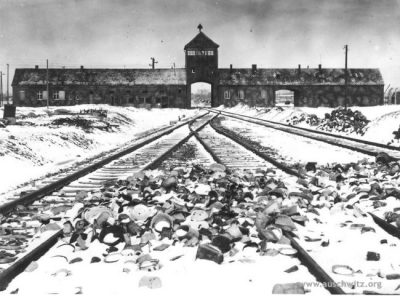