Among the manifold tragedies of the Holocaust, one of the greatest was the destruction of Jewish families.  Worried parents were often faced with agonizing choices regarding the fate of their children: keep the family intact and hope for the best, or send them away rather than risk their futures to an increasingly dark future.  Sometimes this required packing them off to foreign lands, into the hands of strangers, for indefinite periods.  Other times it meant sending them into hiding, or giving their children new (non-Jewish) identifies to ensure their safety.  Ilse Weber sent her 7-year-old son off on the Kindertransport to England, and later Sweden.  Ruth Maier went off alone from Vienna to Norway, age 18.

Of course, once in the maw of the concentration camp, family separation was all but assured.  Anne Frank, age 15, was separated from her father Otto when she was sent on to Bergen-Belsen and he remained in Auschwitz. Elie Wiesel, age 15, separated from his mother and sisters when the family was arrested in Hungary in 1944.

Tom Buergenthal was no exception.  Upon arriving in Auschwitz in August 1944, Tom, age 10, was immediately separated from his mother, who was placed in a women’s subcamp.  Thereafter he had only one, fleeting, glimpse of her through the wire, a few months later, before she was transported to Ravensbrück in Germany. Around the same time, Tom’s father was also sent away—first to Sachsenhausen and later to Buchenwald—where he would succumb to pneumonia in January 1945.  All Tom knew was that both his parents were gone, destination and fate unknown, and he was alone.

At least Tom’s story had a somewhat happy ending.  After the war, a clerk in the Jewish Agency in Palestine somehow miraculously noticed Tom’s name on a list of those wishing to emigrate to Palestine and the same name on a list of missing persons.  Absent this discovery, who knows whether Tom would ever have been located by his mother, despite the fact that she, like so many parents, had never stopped searching for him.  After all, had he not been labeled ein Glückskind—a lucky child—by the fortuneteller?

Once located, Tom embarked on yet another transport—a happy one—from Otwock, Poland to Göttingen, Germany where his mother eagerly awaited him.  Seventy-four years ago today—December 29, 1946—Tom arrived by train at Göttingen station.  By now the war had been over for nineteen months, and it had been almost two and a half years since mother and child had been together.

“I could not contain my excitement. I spotted my mother even before the train came to a stop.  As I try to describe the emotions of that moment, I realize that I am incapable of putting into words what I felt.  And even now, so many years later, tears well up in my eyes as I see her standing there, nervously scanning the slowing railroad cars for a glimpse of me.  While the train was still moving, I jumped out and raced over to her.  We fell into each other’s arms and stood there long after the train had moved out of the station, hugging each other and trying in just a few minutes to recount all that had happened to us since that August day in 1944 when we were separated in Auschwitz.”

The meeting was also bittersweet:

“Und Papa?” I finally asked.  She did not answer right away but kept shaking her head as tears ran down her cheeks.  Right then I knew that my father had not survived the war that was now finally over for my mother and me. 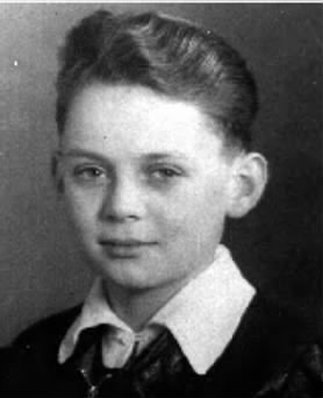 While so many Nazis and their helpers were trying to destroy families, Odd Nansen was trying to save them.

In 1938, following the Anschluss, Odd Nansen’s relief organization, Nansenhjelpen, helped Jewish children travel from Vienna to attend summer camp in Norway. As conditions in Austria worsened, the children were allowed, reluctantly, to stay in Norway, at a Jewish Children’s Home headed by one Nina Hasvoll,* herself a refugee from Russia and Germany.  The following year Nansenhjelpen brought children from Czechoslovakia to the children’s home in Oslo as well.  Nina continued to look out for her young charges in Oslo for several years, until late 1942, when conditions for Jews in Norway worsened.  On the morning of November 26, 1942, acting on a tip, Nina was able to spirit all of her 14 children away from the home a mere two hours before the Norwegian police arrived to round them up for deportation. [Virtually all the Jewish children who were rounded up were ultimately murdered in Auschwitz.] She helped the children escape to safety in Sweden with the help of several friends, a taxi driver and two border pilots, all of whom were later recognized as Righteous Among the Nations by Yad Vashem. 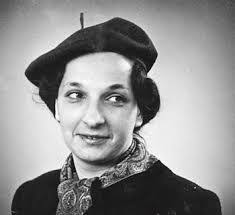 One of the young children in Hasvoll’s care was Berthold Grünfeld, who had arrived from Czechoslovakia as a 7-year-old in 1939 through the efforts of Odd Nansen.  As a result of Nina Hasvoll’s care, attention, and quick action during the Jewish roundup, Grünfeld survived and later became a prominent psychiatrist in postwar Norway.  In 2005 he was appointed to the Royal Norwegian Order of St. Olav in recognition for his “distinguished services rendered to Norway and mankind.” Berthold never forgot Nina Hasvoll, and named one of his daughters Nina in her honor.

That daughter, Nina Grünfeld, has in turn produced a wonderful film about Nina Hasvoll and the Jewish Children’s Home.  Called “Nina’s Children,” it is available to rent on Vimeo.  Here is the link.  I highly recommend it.  If you watch and listen closely, you will see and hear references to Nansenhjelpen in the movie.

So, as we celebrate Tom Buergenthal’s’ good fortune in being miraculously reunited with his mother 74 years ago this day, let us honor the actions of Odd Nansen, Nina Hasvoll, and others like them during the Holocaust.  But let us also remember the loss of Tom’s father, as well as tragic fates of the Frank family, the Wiesel family, the Weber family, the Maier family, and all those countless other families that would never again be made whole—a lasting, indelible tragedy of the Holocaust, and a tragedy which is still being perpetrated today.

*Nina married after the war and is often referred to as Nina Hasvoll Meyer.  She had no children of her own.