My recent blogs about Jan Karski and Otto Frank generated an unusual amount of feedback from my readers, and I appreciate hearing from so many of you.

It has been a while since I mentioned serendipity, but it seems that it has been hard at work again!

No sooner had I posted my blog about Otto Frank and his desperate attempts to learn the fates of his wife and daughters than I came across, in the August 16, 2021 issue of Publishers Weekly, a news item about Simon & Schuster purchasing the English rights to a forthcoming book called The Last Secret of the Secret Annex.  It is written by Belgian journalist Jeroen De Bruyn and Joop van Wijk-Voskuijl.  Joop is the son of Elisabeth “Bep” Voskuijl, who was one of Anne Frank’s friends and protectors.  Bep, given the pseudonym “Elli Vossen” by Anne in the diary, was eighteen years-old when she was hired by Otto Frank in 1937 to work for his business, Opekta.  Later Bep’s father also worked in the Opekta warehouse, and built the famous bookcase which concealed the entrance to the secret annex.  Along with Miep Gies and a few other trusted employees, Bep helped the occupants of the Secret Annex by supplying food, clothing, etc. According to the website of the Anne Frank House, “For the next two years her life was completely governed by her care for the people in hiding.”  Anne even once convinced her to spend an overnight in the Annex, and shared with Bep some of her writings.

Bep remained in close touch with Otto Frank throughout her life, visiting him in Switzerland, and he in turn helped her financially when he could.  In a letter she once wrote Otto she observed: “I would do everything in my power to uphold the idealized Anne, which for me . . .  is combined with always thinking about what has happened, what I witnessed.  This great pain never leaves my heart.”

The book, for which no release date has been set, purportedly reveals “insights on who may have betrayed the Frank family to the Germans.” 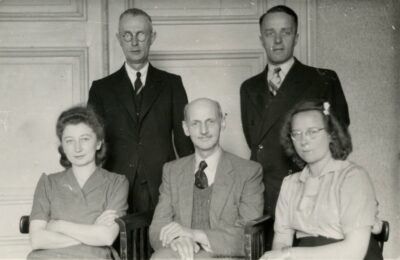 Within days of reading about Bep, I came across a book review in the New York Times of The Sisters of Auschwitz, written by Roxane van Iperen.  It is a biography of two Dutch sisters who aided dozens of people during World War II.  Those two sisters: Lien Brilleslijper and Janny Brilleslijper.  As mentioned in my earlier blog, the Brilleslijper sisters were among the last to see Anne and Margot Frank alive in Bergen-Belsen, and it was Lien who filed the report of Anne’s death that first alerted Otto Frank.

In 2012, van Iperen, like me an attorney by profession, moved into ‘T Hoog Nest (the High Nest), the very house occupied by the Brilleslijper sisters during the war.  She soon discovered secret hiding places, trap doors, old candle stubs, etc.  Intrigued, she began to delve into the history of the High Nest and its occupants.  The Sisters of Auschwitz is the result.  Another case of serendipity!

The full review can be read here. 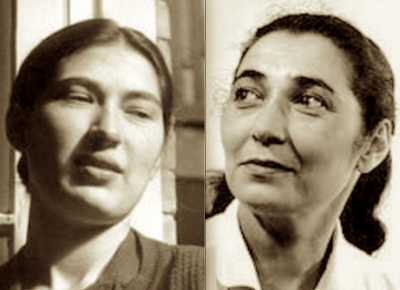 Appropriately titled “Remember This: The Lesson of Jan Karski” the play is described as follows:

“In a tour-de-force solo performance, Academy Award nominee David Strathairn (Good Night and Good Luck; Nomadland) portrays World War II hero and Holocaust witness Jan Karski, a messenger of truth who risked his life to carry his harrowing report from war-torn Poland to the Oval Office only to be disbelieved.  Standing tall in the halls of power, Strathairn captures the remarkable life of the self-described “insignificant, little man” whose forgotten story of moral courage can still shake the conscience of the world.”

I have seen a small snippet from an earlier production, as well as an interview with Christiane  Amanpour, and Strathairn amazingly channels Karski’s mannerisms and spirit in a performance that is utterly compelling.  Do not pass up this opportunity if you have a chance to see it.  You will not regret your decision.