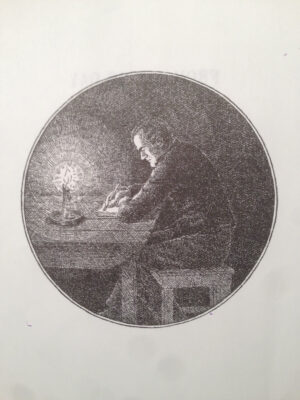 On this date 81 years-ago Odd Nansen was ordered, by the local sheriff and two Germans, to accompany them to Oslo “for questioning.”  He would soon learn the truth—the authorities had no interest in questioning him, and no intention of releasing him from their grasp.  His crime? None.  Nansen was never accused or convicted of any wrong-doing or anti-German activity (even though he was in fact involved in the Resistance).  Instead, he learned of his new status: hostage.

The taking of hostages in wartime is as old as antiquity—a means of ensuring obedience by the local civilian population.  The major difference the Nazis brought to the taking of hostages was the ruthlessness with which they implemented and enforced their hostage-taking activities, which encompassed every country they occupied.

As early as August 19, 1940, William L. Shirer was broadcasting that the German military commander of the Netherlands had issued another warning against continued acts of sabotage.  If they continued, the general warned, collective punishment would be levied, not only against the perpetrator, but also the town in which the perpetrator lived “and hostages [will be] taken.”

Similarly, in Nansen’s case, it was the commando-style attacks by the British against Norway—Operations Anklet and Archery, which provoked Reichskommissar Josef Terboven (Hitler’s personal representative in Norway) to order in January 1942 the arrest of twenty of the most prominent citizens of the country—preferably ones with ties to the royal Family—as hostages.

The life of a hostage was precarious in the extreme—as it depended, not on the actions or behavior of the hostage him- or herself, but upon the actions of others.

In Mary Berg’s diary for June 10, 1941, she notes that the Polish underground was enforcing its own laws against collaborators, as well as the resulting retaliation by the Germans:

“The famous Polish moving-picture star, Igo Sym, who collaborated with the Nazis, was executed recently by the patriots.  The Nazis posted red placards all over the city, promising a reward of ten thousand zlotys for the delivery of the “traitors.” Meanwhile, a few hundred prominent Poles have been imprisoned as hostages and some of them have been shot.”

In France, which generally had a weak and ineffective resistance organization early in the war, 471 hostages were nevertheless shot in an eight-month period (September 1941—May 1942).  In general, however, the further east in Europe one traveled, and the longer the war lasted, the more vicious the reprisals against hostages became. For example, to quell an incipient uprising in Serbia in mid-1941 (as the Russian invasion increasingly required all of Germany’s resources) Hitler personally ordered between 50 and 100 hostages be shot for every German soldier killed.

Similarly, by late 1943, Greece experienced a spasm of extreme violence directed against hostages.  As historian Mark Mazower relates in Hitler’s Empire, on December 4, 1943, 50 hostages were shot in Aigion.  The next day another 50 hostages were hanged at the Andritsa rail station.  A few days later, on December 13, the entire male population of Kalavryta—over 500 men—were killed in reprisal for the kidnaping and killing of German soldiers by nearby partisans.

Thus, it is perhaps something of a miracle that Odd Nansen never knew of such wanton killings and survived his 40-month incarceration—until the war’s final days—without facing any such reprisals, for his own sake, and indeed, for ours as well.   Otherwise, we might never have Nansen’s masterpiece, From Day to Day, to offer us a unique, and uniquely insightful, look into the inner workings of the German concentration camp system.

Note: In one of the ironies of history, on January 13, 1942, the very same day that Odd Nansen first entered a Norwegian prison cell, the governments of nine German-occupied countries (Norway, Belgium, Czechoslovakia, France, Greece, Luxembourg, The Netherlands, Poland and Yugoslavia) met at St. James’s Palace in London and issued a joint declaration (the St. James’s Palace Declaration on the Punishment for War Crimes) that those found guilty of war crimes would be punished after the war.

The very first recital of their declaration reads: “Whereas, Germany, since the beginning of the present conflict which arose out of her policy of aggression, has instituted in the Occupied countries a regime of terror characterized amongst other things by imprisonments, mass expulsions, the execution of hostages and massacres.” The declaration was the first joint statement of goals and principles by the Allied Powers during World War II, later to be superseded by the Atlantic Charter and still later by the Declaration by United Nations. The Norwegian signatories were Terje Wold, Minister of Justice, and Trygve Lie, Minister for Foreign Affairs, and, after the war, first Secretary-General of the United Nations.

Did those guilty of war crimes receive the punishment they were promised by the St. James’s Palace Declaration? The Lagerkommandant of Grini, Alfred Zeidler, was sentenced after the war to life imprisonment, but was released in 1953.  Anton Kaindl, Commandant of Sachsenhausen (1943-45) was also sentenced to life imprisonment, by the Russians, and died in the Gulag in 1948.  Max Pauly, Neuengamme’s Commandant in 1945, was sentenced to death in May 1946, and hanged later that year.  Josef Terboven died by suicide in May 1945 rather than surrender.