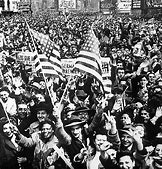 “So completely has our world been turned upside down.  Is it strange that one should be confused and still unable to fit oneself into reality.”

Thus ends Odd Nansen’s final diary entry, on April 28, 1945.  Nansen was in Horsens, Denmark at the time, and, while technically not yet “free”—there were still German guards about—it was clear that the end was near, and Nansen was safe.

But the unreality of the war’s sudden end had stopped him in his tracks.  Nansen, a man who had assiduously filled the pages of his secret diary for almost 40 months in the most challenging environment possible, was now rendered speechless.

“Only it seems so hopelessly impossible to describe.   Where am I to begin, where am I to stop, what am I to write?”

Another famous diarist, William L. Shirer, writing shortly after Nansen, agreed: “It was the week, of all our lives, we’ve been waiting for.  When it came, and unfolded, one breathless hour after another, it was too much for our poor human minds really to grasp.  You could not find words—or at least I couldn’t—to express it.”

Odd Nansen can be forgiven if anticipating the object of his longing—home and family—precluded any further attention to his diary in those whirlwind days.  Selfishly, I would have preferred the diary to continue a bit longer, if only to read his thoughts and observations on the world-shaking events that continued to unfold:

But it was not to be.  Interestingly, Nansen, who had maintained a diary almost continuously since his teens, would never again over the course of his life take up a pen for a diary.  Perhaps he felt that nothing could compare with the experiences he—at such great personal risk—had memorialized.

And perhaps he was correct.  When you’ve written what some critics later called “a masterpiece,” “never-to-be-forgotten words, “and “among the most compelling documents to come out of the [war],” it’s best not to attempt a second act.

Nevertheless, we shall always be grateful for what we have: a first-hand account, in Shirer’s words, of “how noble and generous the human spirit can be in the face of terrible adversity.”