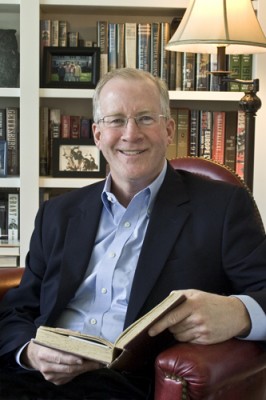 Timothy Boyce practiced law for many years, most recently serving as the Managing Partner of the Charlotte, NC office of Dechert LLP, a global law firm with 29 offices in 13 countries. Specializing in commercial real estate finance, Tim held leadership positions within the ABA’s Real Property Section and was elected a Fellow of the American College of Real Estate Attorneys as well as the American College of Mortgage Attorneys. He retired in 2014 to devote full time to writing.

Tim has always enjoyed writing, having published his first book while still in law school; for many years he published in a variety of legal journals. His brief introduction to the story of Nansen’s secret diary appeared in the March 2013 issue of Viking magazine. Other recent writings include MHQ: The Quarterly Journal of Military History (Winter 2019) (full text here), The Norwegian American (January 2017) (full text here).  His letters have also appeared in the New York Times, The Wall Street Journal, and The New York Times Book Review.

Excerpts from Odd Nansen’s diary have appeared in The Untne Reader and MHQ: The Quarterly Journal of Military History.