Last week’s blog produced so many responses I’ve decided to do it again!

Q: Did Germany participate in the 1952 Winter Olympics?

The question of Germany’s participation in the 1952 Games, so soon after the end of the worst conflagration in history, generated strong feelings, both pro and con.  According to Tom Buergenthal, one of those advocating for inclusion was Odd Nansen.  In a speech Nansen delivered in late 1951, he stated: “It is unjust and senseless to punish the children for the sins of their fathers.  But that is what is being sought to be done when Germany’s young people are kept out of associations [designed to promote] international cooperation.”

Q: How did the Triple Axel gets its name?

A: The Axel jump is named after Axel Paulsen, a Norwegian figure skating and speed skating phenomenon (1855—1938). 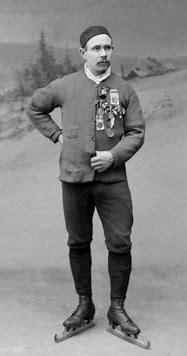 At the 1882 World Championships (there being no Winter Olympics until 1924), Axel won the speed skating competition, and was awarded a special prize for the new jump he introduced to the figure skating competition (all while wearing speed skates). Thereafter the jump was called the Axel in his honor.  The Axel is figure skating’s oldest and most difficult jump; it is the only competitive jump that begins with a forward takeoff.

Paulsen went on to win multiple skating competitions, including in 1885 when he captured both the figure skating and speed skating championship.

(A shout-out to my friend R.A. for calling this to my attention.)

Q: Have there been other Norwegian speed skating prodigies?

At age 15, Nansen won the boys’ 5K speed skating race in Christiana; at age 17 he won Norway’s distance speed skating championship; and at age 18 he broke the world record for the one-mile skate.  At that point Nansen decided to improve his skiing, and went on to win multiple cross-country skiing championships as well. 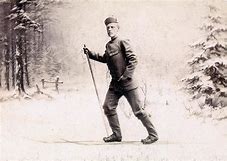 A: As of this writing, Norway is way ahead on the medals.

See my earlier comment about Norway’s size relative to its nearest competitors.

Q: Did the torch relay instituted in the 1952 Olympic Games continue in later games?

Norway hoped the torch relay it began in Morgedal would continue as a regular part of all subsequent Winter Olympics, and it was repeated for the 1960 Squaw Valley Games.  However, the Greek delegation to the International Olympic Committee (IOC) had other ideas, and began to lobby for the torch relay to originate in Olympia, Greece, as was already the case with the Summer Olympics.  They succeeded at the Innsbruck Winter Games in 1964. 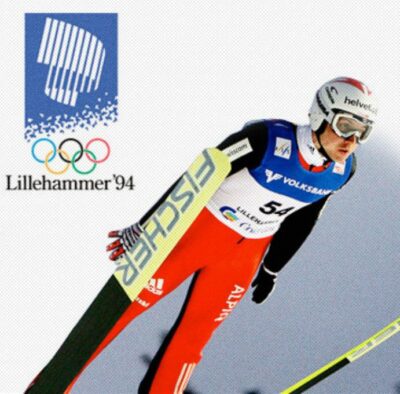 This development did not present any particular difficulties until Lillehammer, Norway, was chosen to host the 1994 Winter Olympic Games.  The Norwegians wanted to recreate their Morgedal torch relay; the Greek delegation wanted the flame to come from Greece.  Neither side was inclined to compromise.  The Norwegians suggested merging the flame from the Morgedal torch with that of the Olympia torch.  No dice said the Greeks.  There was no way the “pure” flame from Olympia was going to be sullied by a “dirty” flame from a simple Norwegian hearth (notwithstanding that no ancient Greek competitor would have known what to do with a ski, a skate, or a bobsled, and would have been most uncomfortable competing in the nude, as was the custom in all historical games).

After much verbal jousting, a compromise was finally reached—the two torches would be carried to the opening side by side.  The Olympia flame would be used to light the Olympic cauldron; the Morgedal flame would be used to start the Paralympic Games.  However, when it came time for Norway’s Crown Prince Haakon to light the Olympic flame, there was only one torch.  Gerhard Heiberg, Norway’s member on the IOC and chairman of the Lillehammer committee, professed to know nothing about what happened to the second flame.  Petter Ronningen, chief operating officer for the Lillehammer Games, could only recall how “two flames entered the forest above the town, but only one came out.”

Lesson: When it comes to Olympic torches, don’t mess with Norway!