September 4: Read All About It!

Several months ago, I posted a blog which related my own experience as a paperboy (The Cinnamon Cruller).  That blog generated more feedback from my readers than any other blog I’ve written over the years.  Who knew there were so many paperboys (and girls) out there in my reading audience?

My many blog respondents weighed in with their own personal tales of woe and strife—and occasional enjoyment.  Many related—like me—that paper carrying was not a voluntary career choice, but rather a mandate from on high (parents).  Many remembered brutal weather and miscreant dogs too.  And without exception, everyone described collections as the worst aspect of the paper carrier experience. 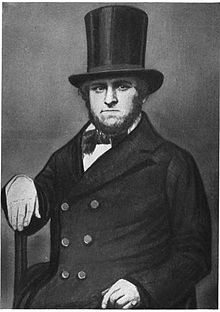 How did paper carriers get their own day of recognition? Apparently, almost 200 years ago, Benjamin Day, the publisher of The New York Sun, placed an advertisement in his own newspaper as follows: “A number of steady men can find employment by vending this newspaper.”  On September 4, 1833, Barney Flaherty, who was not a “steady man” at all, but rather a 10-year-old Irish immigrant, answered the ad, impressed Day, and was hired.  And so history was made.  Soon, young boys (and a few girls) were hawking newspapers from every street corner in New York City. [Flaherty later became a famous actor, stage name Barney Williams, and died in 1876 “one of the wealthiest actors in America.”] 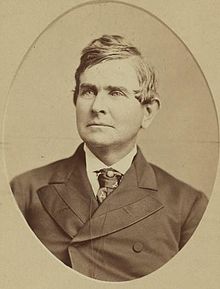 In 1960 The Newspaper Carrier Hall of Fame was established “to recognize former newspaper carriers who have achieved national prominence.”  Its ranks include: Warren Buffet, Martin Luther King, Jr., Walt Disney, John Glenn, Jackie Robinson, Carl Sandburg and Harry Truman among many other luminaries.

Although I would most likely have chucked the whole newspaper enterprise at the time if I could have (miraculously) exercised my own free will, I now realize in retrospect that newspapering did begin, however fitfully, to instill the rudiments of responsibility, time management, finance, and diplomacy (sweet-talking those dogs, as well as the neighborhood bully).

My “earnings” never seemed to trickle down to my possession, but my tips were all mine.  Those tips enabled my book addiction, an addiction which still shows no signs of abating.

It was that addiction which impelled me to purchase Tom Buergenthal’s A Lucky Child in 2010, and which in turn led me to purchase Odd Nansen’s From Day to Day the same year. Even my parents couldn’t have foreseen that outcome when they issued their edict back in 1967.

So, if you still have a paperboy or papergirl (a dying breed), or run into any other youngster trying to earn an honest dollar, please remember to be generous, on September 4, and always.

After all, you may be launching the career path of a future Buffet, or Disney, or Truman, or MLK.  Or, at the very least, a budding book addiction.  And who knows where that might lead?