The Meaning of November 26

Tomorrow is Thanksgiving, the day set aside for Americans to give thanks for their manifold blessings.  Although celebrated in America in one form or another since 1619, it was not until President Franklin Roosevelt signed a joint resolution of Congress on December 26, 1941, that the date for Thanksgiving was finally set as the fourth Thursday of November.  This year that day falls on November 26.

Unfortunately, for some, November 26 evokes memories of pain and loss and suffering.  On that day in 1942, German soldiers and Norwegian policemen rounded up all remaining Jewish women and children in Norway and delivered them to two ships awaiting in Oslo harbor: the SS Donau and the MS Monte Rosa.  There they were joined by Jewish men and boys, aged 16 and older, who had already been rounded up exactly one month prior—October 26. 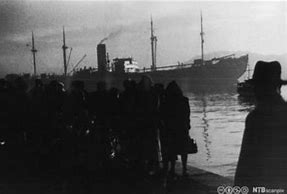 The Donau (with 532 Jewish prisoners) and the Monte Rosa (with 28) sailed for the German port city of Stettin, where the prisoners were forced onto railcars headed for Auschwitz.  Of the 532 Donau prisoners, 345 were murdered within hours of their arrival in Auschwitz; the remainder were to be used as slave labor in Birkenau.  A final transport of another 158 Jewish prisoners departed Norway on February 24, 1943.  Some of these prisoners had been incarcerated in Grini, the same detention camp holding Odd Nansen.  Here’s what he wrote on that date about their departure:

“Wednesday, February 24, 1943.  Mild weather and misery.  Last night the Jews were given notice to parade in mufti at eight o’clock this morning.  They went off later in the morning.  No doubt for Poland.  It was a melancholy band. Dr. [Wulff] Becker’s face shone out among them. A splendid fellow. ‘Well, good-bye, Nansen; thanks for everything and au revoir!’ No doubt he had his suspicions of what awaited him, but he had evidently made up his mind not to show it.  [Dr. Leonard] Levin’s good-bye was more somber, but he smiled, too.  The others were in a worse state.  It hurt to see them going off.”

All told, approximately 772 Jews were deported from Norway during World War II; only 34 of those deported survived until the end of the war.

Another approximately 1000 Jews and others escaped from Norway—many just hours prior to the roundup.  Most were smuggled to Sweden, and a smaller number made it to England.  [One of the earliest escapees was the Nobel Prize laureate in Literature, Sigrid Undset, who ultimately found sanctuary in America.]

Last month I was honored to moderate a film discussion as part of the 23rd Annual Milwaukee Jewish Film Festival.  The film—perhaps not surprisingly—was a Norwegian film about Jewish refugees trying to escape to Sweden.  It is called “Flukten over Grensen” [literally, “Escape over the Border,” or more colloquially, “The Crossing”]

“The Crossing,” which was produced in Norway, focuses on two sets of siblings: Gerda (age 9) and her older brother Otto (age 14?), and Daniel (age 14-15?) and his younger sister Sarah (age 7-8?).  Daniel and Sarah have been hiding with Gerda and Otto’s parents ever since their own father fled the October 1942 roundup of Jews.  However, when Gerda and Otto’s parents are arrested on Christmas Eve, and Gerda’s father meaningfully explains to her that “the Christmas presents” are in the basement and need to go to their aunt (who lives close by the Swedish border), it’s up to Gerda and Otto to uncover the hidden children and safely see Daniel and Sarah to freedom in Sweden.  It’s a wonderful film, replete with helpful adults, fascist sympathizers (including one who reenacts a scene right out of Hansel and Gretel), chases, near misses, as well as Otto’s dawning realization that the two young Jews in his care are not the “other” to be feared and despised, but human beings just like him. 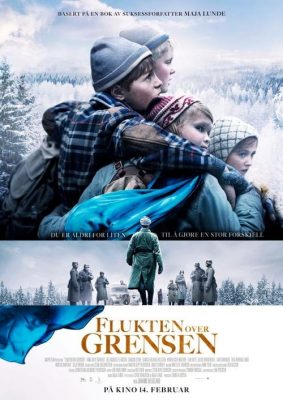 If you ever get a chance to see “The Crossing,” please do—it’s well made, meaningful on multiple levels, and heartwarming.  Young Gerda is sure to steal your heart. My commentary as part of the film discussion can be found here.

As noted above, not all Jews in Norway were as fortunate as Daniel and Sarah.  One of those Jews on the Donau was Ruth Maier. Ruth was born in Vienna, Austria in 1920.   Until 1938 Ruth led a typical, happy life in Vienna.  But on March 12, 1938, the Anschluss occurred: Germany annexed Austria and German forces quickly moved in and took control.  Just as suddenly, Ruth and her family were social pariahs.  Through the international connections made by her father (who had died in 1933) Ruth and her younger sister Judith were ultimately able to escape Austria: Ruth to Norway; Judith to England. 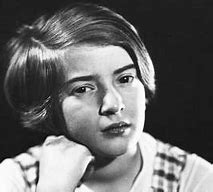 For a time, Ruth thrived in Norway.   She soon became fluent in Norwegian, and attracted the attention of some leading artists: she modeled for painter Åsmund Esval, as well as the famous sculptor Gustav Vigeland.  His sculpture of her, titled “Surprised,” is permanently displayed in Vigeland Park in central Oslo.

Ruth’s idyll ended on November 26 when she was arrested by two Norwegian policemen.  Upon arrival in Auschwitz on December 1, 1942, she was immediately murdered in the gas chambers.  Ruth was 22.

From 1933 to 1942 Ruth kept a diary, which fortunately survived in the possession of her close friend Gunvor Hofmo (whose uncle, Rolf Hofmo, was with Nansen in Grini and Sachsenhausen).  Hofmo tried to get Ruth’s diaries published in 1953, but was rebuffed.  Following Hofmo’s death in 1995, Norwegian poet Jan Erik Vold went through her papers and discovered the diaries.  After editing them, Vold was able to publish the diaries 2007; they were translated into English in 2009.  Ruth Maier’s diaries have been well received; she is now sometimes referred to as “Norway’s Anne Frank.”

According to the English version of her diary, Ruth Maier’s last words come from a letter she wrote to Hofmo that was somehow smuggled off the Donau before the ship departed.  The letter includes these lines:

“I think it’s just as well that it happened this way.  Why shouldn’t we suffer when there’s so much suffering?  Don’t worry about me.  Perhaps I wouldn’t even change places with you.” 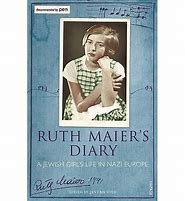