The Moscow Conference of Foreign Secretaries (10/19/43—11/1/43) was the first high level meeting of the three major allies during World War II, and formed the prelude to the first in-person meeting of Roosevelt, Churchill and Stalin in Teheran less than one month later.

The ministers dealt with a variety of issues: reaffirming the principle of unconditional surrender, and expressing a unified desire to establish an international organization for the preservation of the forthcoming peace.  Another topic was the treatment of German war criminals. By the fall of 1943 the genocidal aims of the Nazis were clear beyond a doubt.  Jan Karski, a member of the Polish resistance, had been smuggled into the Warsaw Ghetto and a subcamp of Belzec, and personally relayed his findings to British Foreign Secretary Anthony Eden, and, on July 28, 1943, to President Roosevelt.  Even Odd Nansen knew what was happening.  On December 6, 1942, he noted in his diary: “Himmler has decided that all Jews are to be wiped out.” 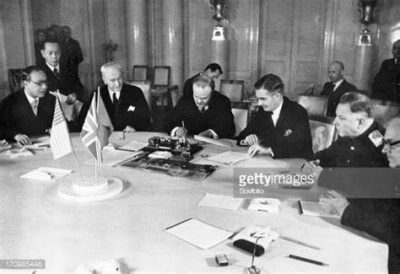 Prior to the start of the conference, Churchill drafted a proposed declaration on the subject of war crimes, and it was adopted at the Conference and publicly issued over the names of the three leaders on November 1, 1943.

The text of what became known as the Moscow Declaration on German Atrocities is worth quoting in full:

“The United Kingdom, the United States and the Soviet Union have received from many quarters evidence of atrocities, massacres and cold-blooded mass executions which are being perpetrated by the Hitlerite forces in the many countries they have overrun and from which they are now being expelled.  The brutalities of Hitlerite domination are no new thing and all the peoples or territories in their grip have suffered from the worst form of government by terror.  What is new is that many of these territories are now being redeemed by the advancing armies of the liberating Powers and that in their desperation, the recoiling Hitlerite Huns are redoubling their ruthless cruelties. This is now evidenced with particular clearness by monstrous crimes of the Hitlerites on the territory of the Soviet Union which is being liberated from the Hitlerites, and on French and Italian territory.

Accordingly, the aforesaid three allied Powers, speaking in the interests of the thirty-two United Nations, hereby solemnly declare and give full warning of their declaration as follows:

At the time of the granting of any armistice to any government which may be set up in Germany, those German officers and men and members of the Nazi party who have been responsible for, or have taken a consenting part in the above atrocities, massacres and executions, will be sent back to the countries in which their abominable deeds were done in order that they may be judged and punished according to the laws of those liberated countries and of the free governments which will be created therein.  Lists will be compiled in all possible detail from these countries having regard especially to the invaded parts of the Soviet Union, to Poland and Czechoslovakia, to Yugoslavia and Greece, including Crete and other islands, to Norway, Denmark, the Netherlands, Belgium, Luxemburg, France and Italy.

Thus, the Germans who take part in wholesale shootings of Italian officers or in the execution of French, Dutch, Belgium or Norwegian hostages or of Cretan peasants, or who have shared in the slaughters inflicted on the people of Poland or in the territories of the Soviet Union which are being swept clear of the enemy, will know that they will be brought back to the scene of their crimes and judged on the spot by the peoples whom they have outraged.  Let those who have hitherto not imbrued their hands with innocent blood beware lest they join the ranks of the guilty, for most assuredly the three allied Powers will pursue them to the uttermost ends of the earth and will deliver them in order that justice may be done.

The above declaration is without prejudice to the case of the major criminals, whose offenses have no particular geographical localisation (sic) and who will be punished by the joint decision of the Governments of the Allies.”  (my emphasis added)

The Moscow Conference and its deliberations were no secret.  Even newly arrived Sachsenhausen prisoner no. 72060 (Odd Nansen), could record in his diary as soon as November 4, 1943: “The news is still brilliant.  The Moscow Conference is over, and according to report they’ve ‘decided’ that the war is to be finished this year.  Goodness—if only that could happen!”

So, did the Nazis develop moral scruples? Did they shy away from their butcheries when the writing was on the wall for all to see? Hardly.  In fact, the same developments that Churchill alluded to led the Nazis to exactly the opposite conclusion.

According to historian Martin Gilbert, “the spectre (sic) of defeat, and the reality of daily losses of territory in the east, led to an intensification of the murder of Jews, in order to ensure the completion of the ‘final solution.’” Around this time Heinrich Himmler ordered Aktion Erntefest (Operation Harvest Festival), targeting Jews in the Lublin, Poland district, many of them survivors of the Warsaw Ghetto Uprising.

Starting at 5:00AM on November 3, 1943, a mere 48 hours after the issuance of the Moscow Declaration, Jews in Majdanek Concentration Camp were led in groups of 100 to trenches (which they had previously dug), and ordered to strip and lie down, where they were shot.  Loudspeakers played music to drown out the gunfire and the cries of the victims.  By 5:00PM the shooting was over, and 18,400 Jews were dead—the largest single-day killing of the Holocaust. 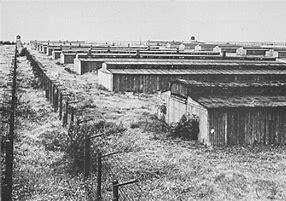 But Operation Harvest Festival wasn’t over.  Also on November 3, over 6,000 Jews were shot at Trawniki, a nearby forced labor camp.  German SS and police units involved in the Majdanek killings moved on to nearby Poniatowa, another forced labor camp, and shot an additional 14,000 Jewish prisoners on November 4.

With at least 39,000, and possibly up to 43,000 victims murdered in two days, Harvest Festival was the largest single massacre of Jews by German forces during World War II.

So much for the development of moral scruples.

One of the ongoing controversies of World War II is whether the Allies could have and should have done more to prevent the full extent of the Holocaust.  Specifically, should the Allies have bombed the rail lines leading to camps such as Auschwitz.  The attitude of Roosevelt, and the U.S. Government in general, was that ending the war as quickly as possible offered the best hope for the Jews, and thus all decisions were based on that criteria alone.  Others have since argued that interdicting the rail lines might have saved lives otherwise lost, with negligible impact on the overall war effort.

If nothing else, Operation Harvest Festival underscores that so long as the Nazis had an adequate supply of bullets, they could and would remain murderously effective in single-mindedly carrying out their cruel butcheries.

If the Nazis failed to develop any moral scruples in response to the Moscow Declaration, did the Allies pursue their quarry to the uttermost ends of the earth in order that justice might be done?

>Heinrich Himmler committed suicide following his capture by British troops on May 21, 1945.

>SS Obergruppenführer Friedrich-Wilhelm Krüger, entrusted by Himmler with carrying out Harvest Festival, committed suicide on May 10, 1945.

>SS and Police Leader Jakob Sporrenberg, who directed Harvest Festival (and who observed the killings from a plane overhead) was captured in Norway, tried by a Polish court after the war, convicted and executed in 1952.

>Martin Gottfried Weiss, Commandant of Majdanek at the time of Harvest Festival, was tried and executed in 1946.

>The Commander of Poniatowa, Gottlieb Hering, died on October 9, 1945 under mysterious circumstances.

>The Commander of Trawniki, Karl Streiber, was tried in 1975 and acquitted.

According to legal scholars Michael Bazyler and Frank Turkheimer, “Over the past seventy years, tens of thousands of individuals who were part of the German regime and their local collaborators . . . have been prosecuted for crimes committed during the years of German rule . . . .  In somewhat sporadic and unorganized fashion, many of these trials dealt either directly or indirectly with the genocide of the Jews.”

Tens of thousands prosecuted (not convicted) for the deaths of millions of Jews and others, leaving millions more families destroyed.

Has justice truly been served? Can it ever be? 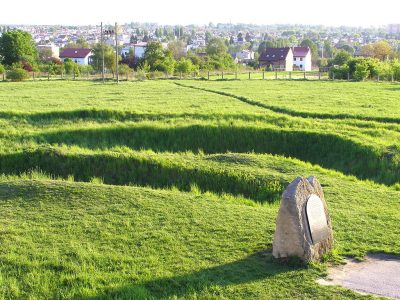 Remains of the mass graves/trenches at Majdanek (Source: Bronislaw Wesolowski)