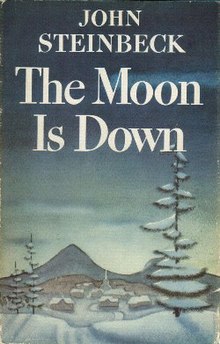 MHQ: The Quarterly Journal of Military History has just recently published an article I wrote about John Steinbeck and his World War II novel, The Moon Is Down.  I have previously written (here) about the number of parallels between Steinbeck and Odd Nansen.

The article, entitled “Piéce De Résistance,” describes Steinbeck’s transition from successful novelist to successful propagandist.  How successful?  One critic called The Moon Is Down “easily the most popular piece of propaganda in occupied Western Europe.”  It was translated and secretly circulated (at great personal risk) by underground resistance movements in virtually all the occupied countries of Europe (as well as China).  Winston Churchill found time at the height of the war to read it, and found it “a well-written story.”  (Perhaps it takes one to know one: both Churchill and Steinbeck would in later years receive the Nobel Prize for Literature).  Moreover, Steinbeck was treated like a hero wherever he traveled in Europe after the war.  It’s truly a fascinating story.

Here’s the link to the full article. 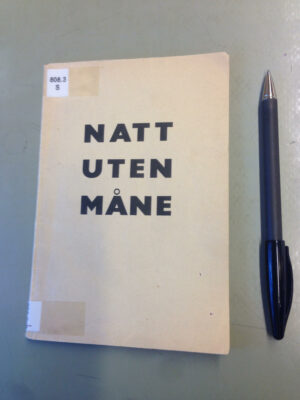 The Norwegian WWII version of The Moon Is Down  (translation: Moonless Night)