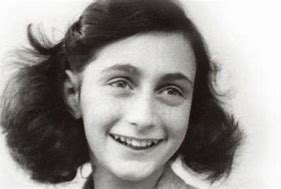 Today is Anne Frank’s birthday.  Had she lived, she would be 91 years old, the same age as Odd Nansen’s eldest child, my dear friend Marit Greve.  The exact date and cause of her death are unknown, although it is now believed that she succumbed in late February, 1945, probably to a disease such as typhus.

Both diaries survived by the slimmest of margins.  Nansen faced the constant threat of detection in prison, and relied on all sorts of channels while in Norway to smuggle the diary pages to his wife, including, at one point, a Wehrmacht driver that even he called “ungovernable [and] frankly dangerous.”  Anne’s diary, seemingly safely hidden in a briefcase, was unceremoniously and unwittingly dumped on the floor of the annex on the day of her arrest by a Gestapo official who wanted to use the briefcase to collect any family jewelry and cash he could find in the apartment. After the Gestapo left, Miep Gies collected everything she could find on the floor for safekeeping.  As a result, as Francine Prose has pointed out in Anne Frank: The Book, The Life, The Afterlife, “There is no way of knowing if any, or how much, of Anne’s writing was lost.”

Once finally published, Nansen’s work was faster out of the gate, becoming a bestseller in Norway when it appeared in 1947; that same year Anne’s book had a small initial print run (1500 copies) in Holland, and was out of print by 1950.  Nansen also had an easier time breaking into the U.S. market; by 1949 an English translation was available through G.P. Putnam’s Sons.  Anne’s diary received a skeptical reception.  One major publishing house called it “a dreary record of typical family bickering, petty annoyances and adolescent emotions.”  The book was already on Doubleday’s reject pile when an assistant to the director of its Paris bureau picked it up in 1952, started reading, couldn’t stop, and thus rescued it.

Of course, the post-publication trajectories of The Diary of Anne Frank and From Day to Day have been much different.  Millions of copies of The Diary of Anne Frank are now in print.  As Prose explains, “Good fortune and serendipity appeared, at every stage, to arrange Anne’s diary’s American success.”  Out of print, and all but forgotten in America for over 65 years, perhaps good fortune and serendipity will now smile equally on Nansen’s diary, and it will someday join the ranks of seminal works on the Holocaust, along with Anne’s diary, Primo Levi’s Survival in Auschwitz and Elie Wiesel’s Night.

Most importantly, now that From Day to Day is back in print, perhaps it will also provide the same inspiration that Francine Prose attributes to Anne’s eloquent diary: “Anne Frank’s strong and unique and beautiful voice is still being heard by readers who may someday be called upon to decide between cruelty and compassion.  Guided by a conscience awakened by [the diary] one . . .  may yet opt for humanity and choose life over death.”