Are Fortunetellers Any Good?

The following is one of the most fascinating passages in Odd Nansen’s diary, penned while in Sachsenhausen on Monday, June 19, 1944:

“This community within the walls contains everything, even a fortuneteller—or astrologer, as he calls himself, though he reads hands. He read mine yesterday.  Predicted that on the 21st or possibly the 20th of July a terrible disaster would befall Germany, which would bring the war to a close.  The armistice would come immediately afterward. . . . .  I should be home in July or August, he said.” (emphasis mine)

True to the astrologer’s word, on July 20, 1944, Adolf Hitler was the subject of an assassination attempt that came perilously close to ending his life.  The plot, known as Operation Valkyrie, required Claus von Stauffenberg to place a bomb-laden briefcase in Hitler’s briefing bunker located in Wolfsschanze, his military headquarters in Rastenburg, East Prussia.  Von Stauffenberg and other high-ranking officers in the German military had become convinced that Hitler was a disaster for the country.  Only his death, they concluded, by releasing the armed forces from their personal oath to the Führer, would allow the military to wrest control of Germany away from the Nazi Party and the SS. The plan almost succeeded.  Shortly after noon on July 20th, von Stauffenberg placed the briefcase under the briefing table near Hitler.  Then, as pre-arranged, he left the briefing to fly to Berlin and set the Valkyrie plan into motion. 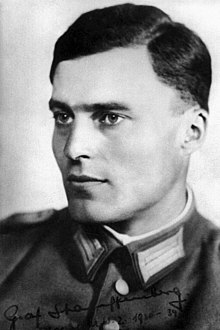 Von Stauffenberg had originally planned to arm two bombs, but was able to prime only one explosive in time.  (A decorated war veteran, von Stauffenberg had lost an eye, his right hand, and two fingers from his left hand in combat.)  Also unbeknownst to von Stauffenberg, after he left the meeting another attendee pushed the inoffensive looking briefcase behind a leg of the heavy, wooden conference table.

The resulting blast killed four of the meeting occupants (including the officer who had moved the briefcase out of the way) and injured everyone else in the room to some degree.  Hitler’s trousers were singed and tattered, and his eardrums punctured, but he survived. Almost 5,000 Germans accused of supporting the plot, including von Stauffenberg, were ultimately executed in reprisal. 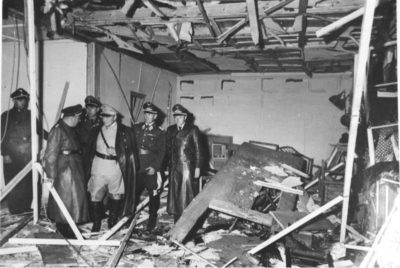 How could a fortuneteller, imprisoned in the bowels of a concentration camp, possibly have advance knowledge of the conspirator’s plans?  On June 19, 1944, the date of Nansen’s diary entry, even the conspirators didn’t know the date of the attack—it all depended on when von Stauffenberg or another plotter could gain access to Hitler.  In fact, assassination attempts were also scheduled for July 7 (using General Helmuth Stieff as the bomber), as well as July 14 and 15 (involving von Stauffenberg).  In each case some glitch caused the conspirators to pull back on their plan.

If the conspirators had succeeded on the 20th—if the bomb had not been moved, or if both bombs had been primed—and Hitler killed, would the war have ended?  This remains one of history’s tantalizing puzzles.  The probable answer: most likely not.  The conspirators were certainly anti-Nazi, but just as certainly German nationalists unlikely to give up their territorial gains, and in any event England the U.S. were unlikely to agree to a separate peace which the conspirators ardently hoped for.

So what did the fortuneteller know and how did he know it?  Was it just a lucky guess? An amazing coincidence?  Something else?

Before you discount completely the powers of astrology, or palm reading, or fortunetelling, consider that Thomas Buergenthal’s mother also visited a fortuneteller, in 1939, while the family was staying in Katowice, Poland, waiting for action on their visa application to England.  Even though she took off her wedding ring before entering, the fortuneteller “proclaimed that [Tom’s] mother was married and had one child.” Moreover, the fortuneteller told Tom’s mother “that her son was ‘ein Glückskind’—a lucky child—and that he would emerge unscathed from the future that awaited” the Buergenthal family.

Given Tom Buergenthal’s amazing accomplishments and his many contributions to humanity, we can all be truly grateful that the Katowice fortuneteller was 100% correct: Tom was indeed ein Glückskind. 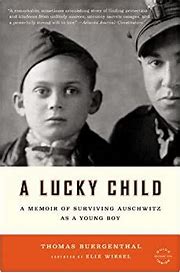